Praise for The Hummingbird Sings and Dances 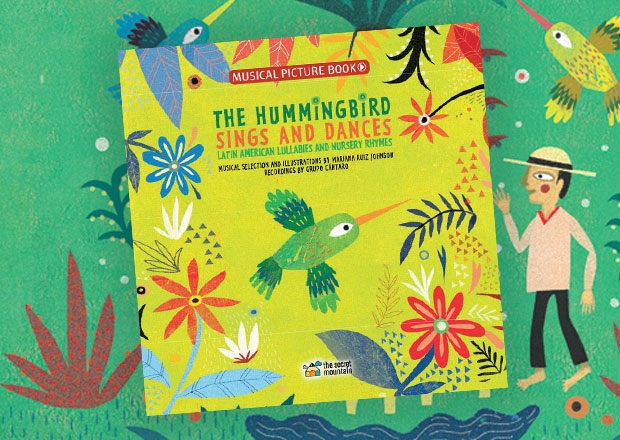 People are talking about our Spanish songs for kids

Praise for The Hummingbird Sings and Dances

In an article explaining why it was recently given a Parents’ Choice Recommended Award, former Los Angeles Times staff writer Lynn Heffley wrote, “Another eye-catching musical picture book from The Secret Mountain, the Canada-based press specializing in a marriage of diverse music, art, and storytelling.”

The magazine People en Espanol included it in their September book selection “10 buenas lecturas” as well and Kirkus Reviews could not have been more flattering, claiming that “the musical CD included with the book really rounds out the collection with catchy rhythms and lovely singing, allowing children to listen, dance, read, and examine artwork, making it a well-rounded title for little music enthusiasts…A really wonderful way to introduce children to music from many Latin American cultures and to get the whole family dancing.”

« Travel the world this fall!
A new release that will delight the whole family »