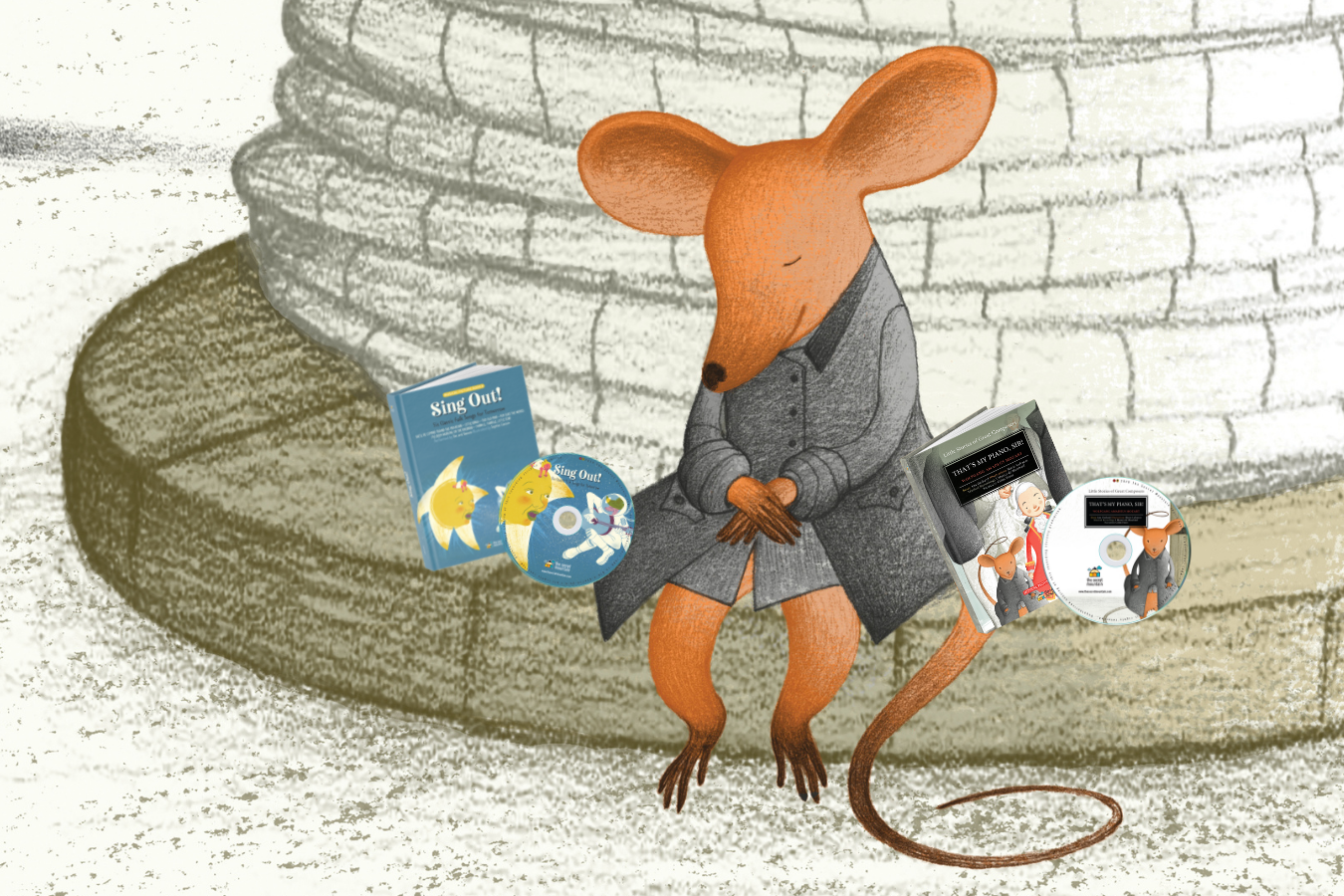 As part of its mission to find and showcase the best family products, the National Parent Product Awards (NAPPA) has given its seal of approval to two titles from The Secret Mountain: That’s My Piano, Sir! and Sing Out! Six Classic Folk Songs for Tomorrow.

Both titles were released in March 2021 in the midst of the global pandemic, which makes the honor a little more special for publisher Roland Stringer. “It’s nice to receive recognition by such a trusted organization during these challenging times for families who haven’t necessarily had the chance to take in activities at their local bookstores and libraries,” he says.

With its fresh spin on enduring classics, Sing Out! impressed NAPPA’s judges with its zany characters, nostalgic illustrations, and new folk song renditions. “The characters travel through each story/song so it’s great to connect the dots,” noted one reviewer. On the songs, the judge added: “We enjoyed listening to them even without the book.”

As the first title in our Little Stories of Great Composers series, That’s My Piano, Sir! earned praise for the way it tucks morsels of musical history into an entertaining tale. “This book is a great introduction for young children to classical music,” wrote one judge. “There is a bit of a history lesson at the end of the book that I found interesting as well.”

That’s My Piano, Sir! tells its story through the eyes and ears of a little mouse named Minim, who encounters a young Wolfgang Amadeus Mozart’s arrival at the Port of Vienna to perform a concert for a royal audience. In other stories in the series, Minim meets Pyotr Ilyich Tchaikovsky and Antonio Vivaldi as he scurries across Europe.

“I am very happy, excited, and thankful to receive this seal of approval for That’s My Piano, Sir!” says author Ana Gerhard. “As it’s the first book in the series, it’s very rewarding and motivating to see that the character Minim and the story—with its gorgeous illustrations and the splendid accompanying performance of the music—appeals to the public.”

In the fall, three new titles will be added to the Little Stories of Great Composers series. In Curiosity Killed the Cat! Minim bumps into Franz Schubert as he jots down notes at an open-air café. In A Brilliant Plan!, he marvels as Joseph Haydn negotiates with a royal audience of his own. And in We Are All Ears! he runs into Niccolò Paganini just as his most cherished violin is nearly destroyed.

Gerhard notes that classical music for children is often overlooked, whereas recognition from NAPPA affirms its importance and helps parents find reliable products in an overwhelming marketplace. “I am also very happy for The Secret Mountain because while these books are little in size, the work behind them has been considerable, including the recording of music and narration,” she adds. “I am glad to know that this effort is being rewarded.”

Watch an animated narration of That’s My Piano, Sir! performed by Colm Feore.

To order books for your library or store, please contact Independent Publishers Group. For review copies of any additional information, email info@thesecretmountain.com.