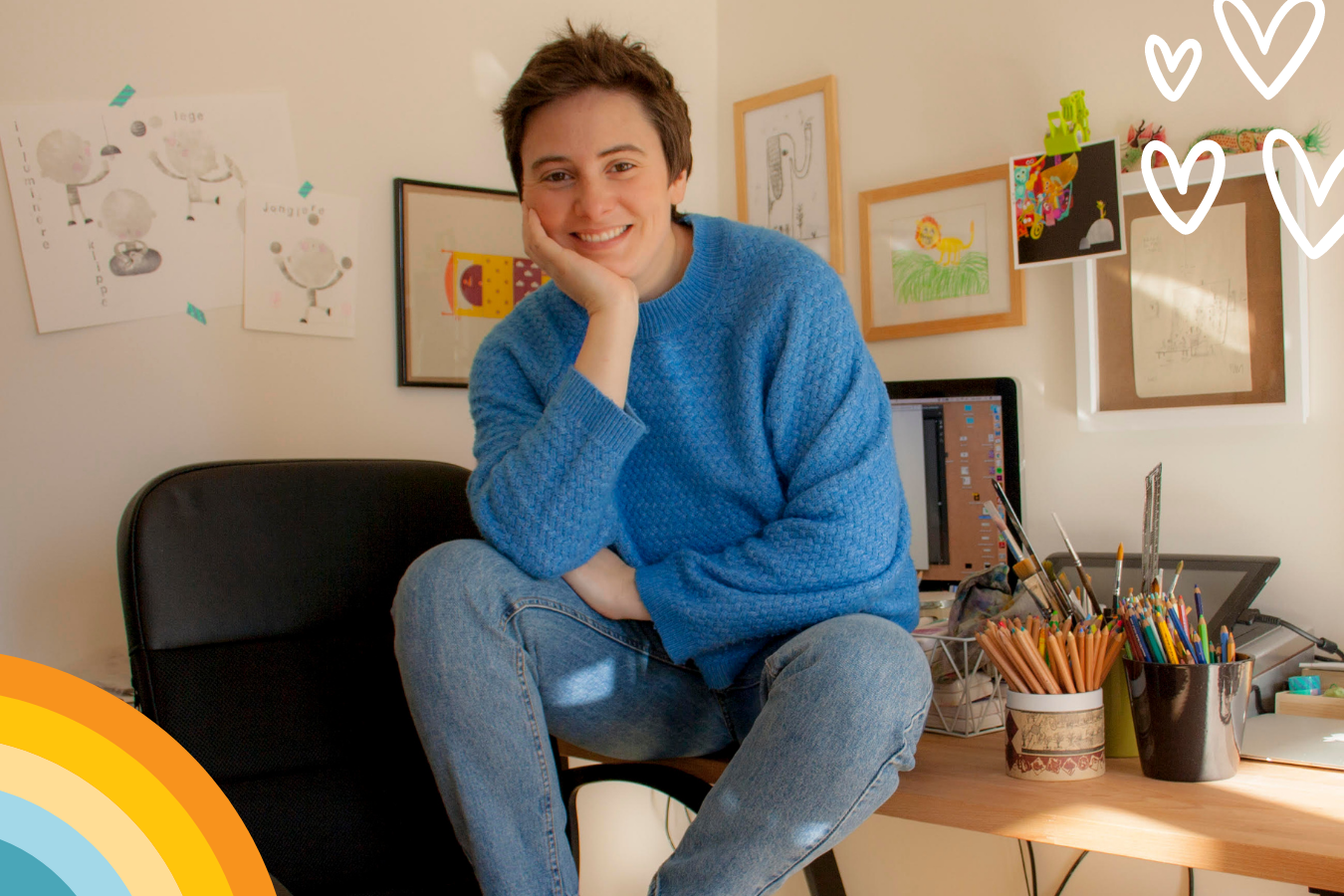 Raquel Bonita is a graduate of the School of Professional Illustration in Madrid and began her career as an illustrator working for established brands in Spain such as Jaguar, Combel, and Edebé. Her work has often been selected for exhibits at some of the world’s most respected literary events, more recently at the Bologna Children’s Book Fair. Originally from Spain, she now lives and works in Copenhagen, Denmark. We caught up with her to discuss the inspiration behind her latest picture book, Maestro Evarista’s Orchesta. 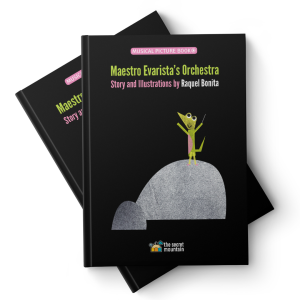 What inspired you to create Maestro Evarista’s Orchestra?

In 2017, I attended my first Bologna Children’s Book Fair. This is the biggest international book fair exclusively focused on children’s literature. This event is full of good energy. You can see books and illustration art from all around the world; it’s full of inspiration.

One of the illustrators who exhibited that year was Emmanuelle Bastien. Her work was about a character full of shapes that changed page by page. In addition, some accordion books caught my attention. I remember thinking about the idea of a character who loses things as the story unfolds, and the accordion format fit very well with the idea.

So when I was back home, I started to work on the idea and the orchestra’s maestro just popped into my mind. It was like magic when I prepared the first draft to see if the format worked.

Was it difficult to write and design a book in this format?

Yep. It’s a little different from the standard accordion format. It’s called a tubular accordion because you have to unwrap it to read the story. When I was searching for the format I tested some possibilities that didn’t work. In the end, I picked a long piece of paper and I wrapped it and… that was it! It worked!

At each turn of this accordion book, Evarista loses one of the instruments in her trolley as a new animal that arrives to take part in the orchestra. At the end, when all the animals have their instruments, the concert can start. I wanted to make a book for play that kids can manipulate. Through the tubular accordion format, children can see how in each step a new animal arrives to take one of the Evarista’s instruments. I’m very interested in these kinds of narrative games.

Depending on the project, my creative process changes. For Maestro Evarista’s Orchestra, for example, the format of the book was the first choice. When the idea of the orchestra appeared, I started to listen to a lot of orchestral music because I wanted to choose the instruments very carefully. And then I decided on the animals. In this case, the text was the last part of the book. And it changed a lot of times until the final version. So, I can say that the process for this book was a little bit upside-down. 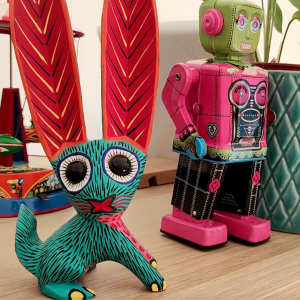 What inspired your bright and colourful illustrations?

One of the principal artistic influences for the book was Mexican popular art. I really love the popular art of Mexico, the colour, the myths of alebrijes, etc. I would like to pay tribute to this artistic world in this project. I created a presentation similar to a theatre with a black background that awaits the appearance of each vibrant character. Then I chose vivid colours to create a strong contrast.

While less apparent in English than in Spanish, all the characters in Maestra Evarista’s Orchestra are female. What motivated that decision?

As I was working on this story, I researched a lot about orchestras and I discovered that only 10 percent of directors are women. For that reason, all the characters are females. In Spanish, animal names are either female or masculine, so I decided to choose only female animal names. I think it’s important for girls to have strong and varied female references in children’s books to change the statistics. 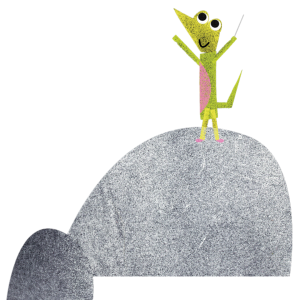 How did you come up with the name Maestro Evarista?

I was looking for a name with a lot of sonority. In Spanish, there are lots of old-fashioned long names that sound very strong and funny at the same time. I wrote a list of names, and one of them was Evarista. I liked its sonority but there’s also a funny little detail in the name. In Spanish, “varilla” is a little stick, so “varista” reminded me of the maestro’s baton. It’s possible nobody will realize this, but it made me smile when I discovered the pun.

Where else do you find inspiration for your work?

Everywhere! But being a mother has changed the way I look to children. I can say that right now, my main inspiration comes from my son. In fact, I have a notebook where I try to write down anything about our daily routine that makes me smile. The way he speaks, the things that draw his attention, the way he plays. When I was not a mother, I used to pay attention to children in my workshops. But books, films, museums, and any place or situation can be a potential source of inspiration. You only have to open your ears and eyes.

What would you like young readers to take away from the story?

Evarista is a little lizard with a big responsibility, but she is not scared about that. It’s quite the opposite: she pulls the trolley bravely. “Pull of the trolley” is a Spanish expression that means to lead something, so I like this metaphor of a little animal pulling a heavy trolley to achieve her dream of leading an orchestra. Our dreams may be big, but with a little effort and hard work, we can make them come true. Plus everything’s better with music around!

Maestro Evarista’s Orchestra is available everywhere November 1, 2022. Find it on Goodreads, Bookshop, Bookmanager,  Amazon, Edelweiss,  CataList and with your local bookseller. To order books for your library or store, please contact Independent Publishers Group. For review copies of any additional information, email info@thesecretmountain.com. For author interviews and events, email promo@thesecretmountain.com.

Posted in Uncategorized.
Share
PreviousThe Four Seasons of the Pipa, A Musical Picture Book
NextMeet the Sunflowers, the Musical Duo Behind “Free to Be Me”
Cart Close