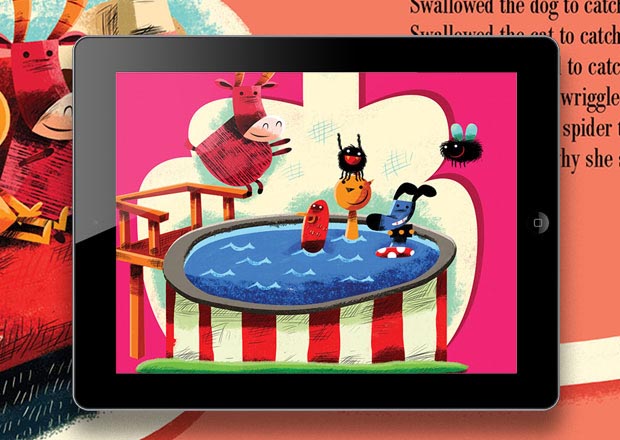 Our 30-title list of Enhanced Ebooks in both English and French brings the experience of beautifully-illustrated storybooks to your iPad and iPhone. Check out the links below to download your special story today!

Enhanced ebook featuring a narrated story by David Frances and two recorded songs performed by Martha Wainwright, Thomas Hellman, Jessica Vigneault, and Paul Campagne. In this touching, poetic story set by the seaside, Old Man Tom teaches Sophie and Emilio the importance of seeing the world through their hearts.

Enhanced ebook featuring a narrated story and two recorded songs composed by Alan Mills and performed by Thomas Hellman and Emily Clepper. A quirky, cumulative rhyme about an old lady who swallows a multitude of animals, one after the other, to her detriment.

A Duck in New York City

Enhanced ebook featuring a narrated story and two recorded songs performed by Connie Kaldor. Follow a little duck from the Prairies who has a big dream: making it to New York City and doing his ducky dance on Broadway! It turns out to be an adventurous journey that appears bound for failure until he meets up with a truck driver named Big Betty. She points him in the right direction and gives him that little nudge he needs to tackle the Big Apple! This heartwarming funny story about self-esteem and following your dreams is based on the critically acclaimed Parents’ Choice Gold Award-winning book-CD.